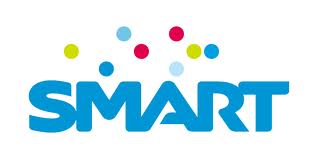 The successful trial put Smart’s network at par with industry leaders Verizon in the United States and Telstra in Australia, which have both kicked off trials on their LTE networks.

Smart said when fully developed, the technology would allow people to watch clear, lag-free live video on their LTE-capable smartphones and tablets.

Smart’s LTE multicast trial was also the first in Southeast Asia, and the world’s first over 2.1 GHz frequency, according to Huawei Technologies of China, which provided the network equipment for the testing.

LTE is currently the fastest commercially available 4G wireless broadband coverage for mobile networks, which allows users to download data at speeds reaching up to 100 mbps.

The emerging technology, called the evolved Multimedia Broadcast Multicast Services or eMBMS, taps the functionality and speed of LTE to deliver rich multimedia content, such as live video, to a large number of consumers efficiently.

The content is then transmitted wirelessly by LTE-capable cell stations to mobile devices.

The videos were aired seamlessly on three LTE-capable handsets provided by Huawei, as well as a TV set equipped with a device that converts data received by an LTE Sim.

“As the forerunner of LTE technology in the country, Smart is proud to hit a new milestone for the country and blaze the trail for eMBMS, which extends the capabilities of our robust LTE infrastructure. Among many things, this successful trial shows the readiness of our network to deliver the services of the future,” said Smart and PLDT Technology Group head Roland Peña.

“Smart has consistently been forward-looking, and this successful initiative allows us to see a glimpse of the future now. The eMBMS technology opens up a wide array of possibilities to serve our consumers and our supercharged network allows us to realize these possibilities, Peña said.

Smart said because of the growing usage of mobile multimedia content around the world, major telecoms in Korea and United Kingdom also expressed interest in eMBMS technology early this year.

The eMBMS technology stands out for its one-to-many transmission or multicast feature and presents a viable alternative to one-to-one transmission, or unicast, which entails sending similar content to each user.

With the latest compression methods, eMBMS also substantially reduces the bandwidth required to delivering multimedia content. This simplifies the process and reduces the cost of transmitting data.

Smart successfully conducted the country’s first trial of LTE-Advanced in August, which can support data services with speeds of from 100 to 400 Mbps.

Aside from LTE, Smart also offers HSPA+ and WiMax as part of its suite of 4G technologies. In total, Smart has about 10,000 4G-capable base stations,  which is almost twice the size of competition and covers 85 percent of the country’s population, or around 78.4 million Filipinos.